Many a Doubt: Easter to Pentecost Devotional #4 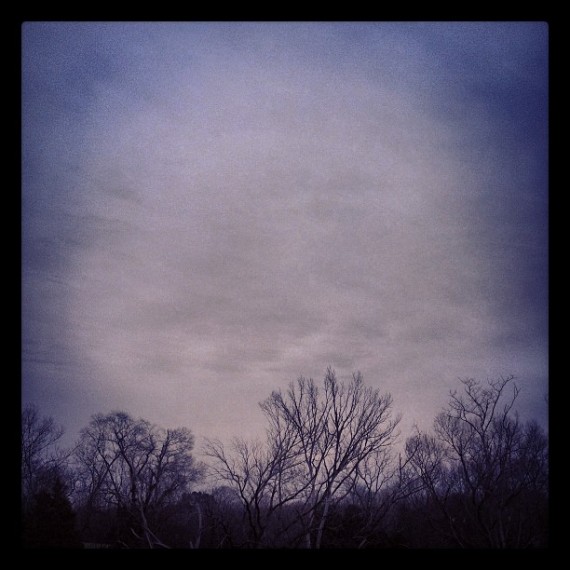 Then Jesus told him, â€œBecause you have seen me, you have believed; blessed are those who have not seen and yet have believed.â€ John 20:29 [Sunrise photo April 4, 2013]

Day 4 Many A Doubt

Just as I am, though tossed about
with many a conflict, many a doubt,
fightings and fears within, without,
O Lamb of God, I come, I come.
Just As I Am – Charlotte Elliott, 1789-1871

Faith is simple, but not easy.

I hear lots of people talk about having “faith”, even “faith in God”, but they’re not taking aboutÂ  faith in the God of the Bible, the God of Abraham, Isaac and Jacob.

They’re not talking having faith in the life, death and resurrection of Jesus Christ,Â  but rather some vague hope that the “universe” will magically cause everything to work out OK.

That is not faith, that is wishful thinking.

“Doubting” Thomas was a guy who thought things through. He was committed to truth. He wanted the facts. This is the upside of critical thinking.

And he was brave. He was willing to follow Jesus to death, which he eventually did. When Jesus decided to put himself in imminent danger to minister the gospel, Thomas was the disciple who saidÂ  â€œLet us also go, so that we may die with Him.â€Â  (John 11:16)

Skepticism, defined asÂ  “doubt about the truth of something” is a great thinking tool when your worldview is open to believing the unbelievable.

Ultimately we believe in the resurrection as an act of faith.

Thomas believed based on the facts.

24Â Now Thomas (also known as Didymus), one of the Twelve, was not with the disciples when Jesus came. 25Â So the other disciples told him, â€œWe have seen the Lord!â€

But he said to them, â€œUnless I see the nail marks in his hands and put my finger where the nails were, and put my hand into his side, I will not believe.â€

26Â A week later his disciples were in the house again, and Thomas was with them. Though the doors were locked, Jesus came and stood among them and said, â€œPeace be with you!â€ 27Â Then he said to Thomas, â€œPut your finger here; see my hands. Reach out your hand and put it into my side. Stop doubting and believe.â€

29Â Then Jesus told him, â€œBecause you have seen me, you have believed; blessed are those who have not seen and yet have believed.â€ (John 20:24-29)

The invitation of our Savior is the same today as it was then.

I invite you to pray with me today.

â€œGod I want to believe. Help my unbelief. Give me courage to follow You, serve You, and walk in your ways today.Â  Amen.â€

About This Devotional Series

According to the historical church calendar, the Easter season is the 50 day period from Resurrection Sunday to Pentecost Sunday.Â  Iâ€™ll post a fresh devotional thought with my sunrise photo of that morning, everyday through Pentecost, commenting as the Spirit inspires. Check out the rest of the series here.

I invite you to join me on this journey from Easter to Pentecost!

Iâ€™d love to hear from you! Leave a comment below.